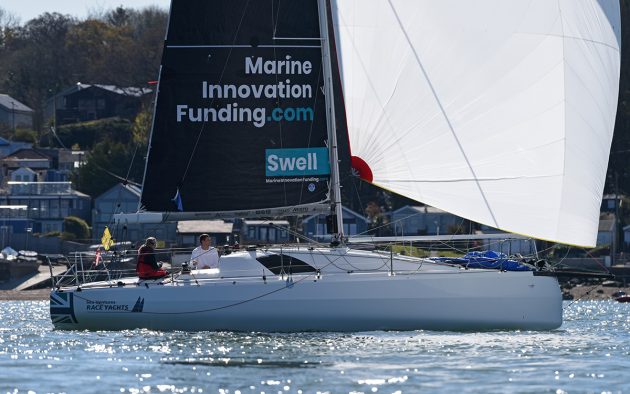 With just three years until the 2024 Olympics take place in Paris, the Olympic sailing classes for the 2024 Games are yet to be confirmed. This week the International Olympic Committee (IOC) gave World Sailing, the sport’s governing body (formerly ISAF), six weeks to come up with a new plan for the Paris Games in 2024, as well as for the 2028 Olympics. All this while the Tokyo 2021 Games is just 93 days away. The current programme is for 10 Olympic sailing medals. They will be raced in three male and three female classes (the Laser and Laser Radial, 49er and 49er FX, and men’s and women’s foiling windsurfing) and four mixed, including Nacra 17, 470 and kiteboarding. A proposal was made in 2018 that the mixed fleets should include a double-handed offshore class. The proposal was radical – it would create the longest racecourse in the Olympics, with round-the-clock competition over a short coastal track (the race was expected to be around three days long). The yacht class to be used would also need to be determined. But double-handed racing is one of sailing’s biggest growth areas. Many of the world’s biggest inshore and offshore events have introduced double-handed fleets to meet ever-increasing demand, a trend accelerated over 2020 by double-handed racing’s neat fit with social distancing and ‘bubbles’. The announcement that double-handed offshore racing was under consideration for the Olympics also attracted new sailors and returning sailors into the Olympic sailing fold. One of those was Shirley Robertson, one of the most successful female Olympic sailors of all time, as well as being a highly experienced broadcaster and commentator, covering major sailing events for the BBC and CNN. Robertson, who won gold in Sydney in 2000 and Athens in 2004, has been racing a Sunfast 3300 with Henry Bomby. She has also been racing two-up with Jeremy Waitt on the JPK 10.10 Jangada, the RORC Yacht of the Year. Article continues below… Robertson believes that a double-handed offshore fleet in the Olympics could bring wide-ranging benefits to the sport of sailing. The most obvious gain is that introducing the new class to the 2024 Games, hosted in France, would generate huge spectator engagement. “The Vendée Globe, the Route du Rhum – I’ve been to many French offshore race starts, and they are without a doubt the most supported sports events I have ever been to,” Robertson explains. “It’s no coincidence that the offshore discipline was proposed for the Paris Games, the sport is massive in France, and the interest it would create within the public and the media would be huge. So as far as Paris 2024 goes, it’s a complete no brainer – it would be amazing. “Moving forward, I can’t think of a recent Games where an offshore coastal race would not have been an exciting addition, and looking at 2028, I’m sure the same could be achieved in LA. “But more than that, double-handed offshore at the Olympics would represent a vast sector of … Continue reading Shirley Robertson on why offshore racing should be in the Paris Olympics

Copy and paste this URL into your WordPress site to embed

Copy and paste this code into your site to embed